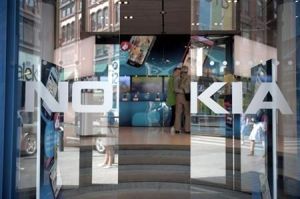 News of company downsizing tends to be upsetting, filling former employees with distraught. But that was not the case for the talented group Nokia dismissed during various rounds of cutbacks starting in 2009.

Wavefront, Canada’s Centre of Excellence for Wireless Commercialization and Research has partnered with Nokia to support former employees’ transition between jobs. The program will not only shorten the period of unemployment, but also create more career opportunities for ex-Nokia employees.

In addition to the program, Nokia also hosted a competition. The company offered a $35,000 seed funding reward for the employees who pitched the best ideas for new businesses. Automatic admission to VAP was granted to any employees with business ideas involving wireless space.

“We’ve got a bunch of highly skilled people who spent years working for a global powerhouse in mobility, and we wanted to see that those people—if they were interested—continue to build on that and start new companies that would keep those jobs in British Columbia,” said Lowe. “To Nokia’s credit, they put in place this program to try to get people into new jobs. I always joke that there’s no better place to be laid off from than Nokia.”

Adaia, smartphone marker known for its rugged design is one of the companies formed after the disbanding of Nokia’s Burnaby division. Benefiting from the help of VAP, Adaia is getting plenty of media coverage and attention for its new product, a smartphone that is both shock-proof and is capable of functioning after being submerged in 10 metres of seawater and continues working at altitude of 9,000 metres. The smartphone also comes with detailed topographical maps and is satellite enabled, which allows it to send text anywhere in the world, but not receive—essential for getting help in emergency situations.

“I was so fed up,” said onetime Nokia consultant, Heikki Sarajarvi. “I can’t be the only one who is destroying these smartphones doing completely normal things.”

Sarajarvi spoke with sailors who were prone to damaging their phones in salty, wet conditions and decided that things need to change. That was the initial spark for Adaia, a company with 16 employees, half of which were once employed by Nokia.

The high-end smartphone won’t be available until next year and won’t be cheap either, but with its durability Sarajarvi believes that buying one physically sound smartphone is better than constantly replacing fragile, inexpensive models.

Adaia is currently leading the way for post Nokia startups, with its new phone now in beta testing. Partnering up with BMW Group’s Designworks USA, Adaia is hoping to take their product to the next level and get it into the market.

“Dualism is the key characteristic of the design,” said Laurenz Schaffer, the president of the BMW Group-owned design firm. “It had to support an extreme, active lifestyle in the outdoors, as well as be appropriate to use in an executive meeting.”

Good things come from change and former Nokia employees are embracing it in hopes of making an economical impact in British Columbia.