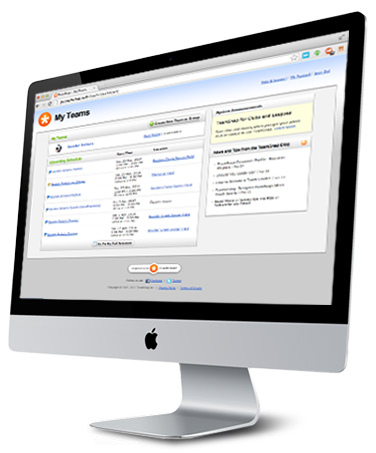 For the longest time, team sports have had reputations as being poorly organized.

It was not because the coaches were incompetent or because the players were disorganized; it was because there was a lack of easy-to-use tools. In addition, the market for communication, management, and scheduling apps is as crowded as a defensive zone in the fourth quarter.

TeamSnap, an application designated for teams and clubs management, has a simple philosophy to break away: elite customer service and great user experience.

Team communication is paramount, whether it’s on the field, on the rink, or even on the way to practice. People need to know where to be, when to get there, and what to bring before they can score goals, make saves, and win big.

“We need to let people know about what’s happening in the way they want to be informed,” said Dave DuPont, CEO of TeamSnap. “If they want to use email, fine. We send 40-million emails a month now. If they want a text message, that works too. If they prefer Push, that’s cool. If they just want to use the native mobile app—we were one of the first in the industry to introduce that—then they can use the native mobile app.”

It’s not uncommon for venue and game time to change last minute. There isn’t always time to inform every person individually, and mass messaging on certain platforms will be neglected because the player or participant is already on the road.

Most of us understand the pain and hassle of organizing an event. Most of us also know the headache when a certain aspect falls through. But with TeamSnap, all the organizer or coach has to do is change—for example—the time of the event on the TeamSnap calendar and every member will be informed in the manner they desire.

Another element of a successful team is accountability. Because of the leniency of technology, people have gotten a little flakey or unresponsive when it comes to invitations. One of TeamSnap’s popular features is the “availability.”

With over seven million users and an infrastructure that informs people, TeamSnap is taking it to the next level by broadcasting in-game experiences. Chat, scores, and highlights can all be crowd sourced during the game. Everybody on the sidelines can contribute and offer an experience for those who aren’t there.

Unlike Twitter, TeamSnap is a private social network. Only those accepted by the team’s inner circle will be able to receive updates, stats, and conversations.

While the experience on TeamSnap is familiar across the board, different sports require different approaches for a fine-tuned experience. Every game and every league has little subtleties and TeamSnap accommodates by allowing organizers to modify templates.

“We are most valuable for folks that are particularly sensitive to saving time and having great communications,” said DuPont. “A hockey team in general is going to be more sensitive to that issue than a pick-up baseball or pick-up football team. If you have a certain ice time, you want to make sure everyone is there on time.”

Having hit critical mass in such markets as Vancouver (2,200 teams and the third largest in Canada), TeamSnap is aiming to add more value to the users involved by providing goods and services related to sports. The data stored in TeamSnap, such as experience level, type of sport, and start of season, can all be utilized by brands to offer products and services that fit the players and the teams’ needs. A coach can inform a brand of the team colour, and in return the brand can recommend shoes and jerseys of that colour for the players.

DuPont added: “We take an altruistic view of this. We aren’t trying to maximize pageviews or anything like that—we just want to be the indispensible tool for teams.”