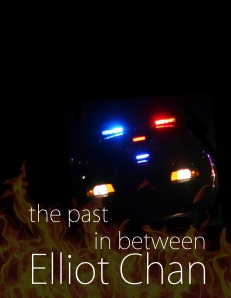 Some people get second chances, but Constable Seth Southgate and Van Vuong are much luckier, they’ve got many more—unfortunately chances aren’t privileges, they aren’t measurable, and they aren’t always acknowledged. From a hospital bed and a prison cell, the two men face the repercussions of their choices, recall the chances they received, and wonder when the trigger was pulled and their fortunes faded.

Origin of the book:

In 2010, I didn’t have much going on. I bounced around different jobs, while still trying to hang on to some hope of becoming an actor/director. As I waited for Hollywood to call, I did a lot of writing and developed a love for it—a love that didn’t leave me feeling jilted, unlike my love for film. I entered the 3-Day Writing Contest to motivate myself to write something, just to get it done from beginning to end. Well, I did it—and I left it on the shelf for 3 years. Why I abandoned it for so long, I don’t know, but I do know that I don’t believe in building a boat and never sailing it. So here it is now: The Past in Between is a novel about second chances… which is fitting, because I gave it a second chance to be read, just like how writing offered me a second chance to create artistically, in addition to making a living and pursuing a passion. It really is nice looking back sometimes and seeing where I’ve come from. This book allowed me to do that. Now let’s look forward.

The Past in Between is available on Amazon for ebook.