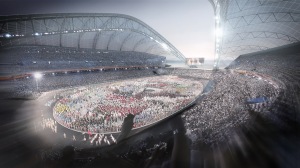 Formerly published in The Other Press. Nov. 2013

The Olympics bring out the hockey nations’ most elite players, but when stars in club teams join international teams, not every player will get the spotlight—many accustomed to being leaders in the NHL will have to take on secondary or defensive roles. Players recognized for highlight reel plays might not get the opportunity to showcase their skills on the international stage, but that doesn’t mean they’re a liability—in fact, the unsung players are often those that contribute most to gold medal teams. Without further ado, here’s a quick preview of the top contenders.

Canada: Who is going to get Sidney Crosby the puck? It might not be Steven Stamkos, even though he was a projected line mate before the top goal scorer in the NHL went down with a leg injury. In 2010, Jarome Iginla set up the golden goal, but due to his rise in age and decline in stock, he might be dismissed, making room for an up-and-comer. So who will be the key figure in 2014 flying under the radar? Consider Crosby’s set-up man on the Pittsburgh Penguins, Chris Kunitz. Team Canada often tries to be fancy, but I believe team chemistry is more important than talent alone. Head coach Mike Babcock may consider trying out many players with Crosby, but with 27 points in 28 games this season, Kunitz is as good as any Canadian to set up a game winner.

Russia: With home ice advantage and a team known for its firepower, Team Russia is going to do everything they can to reverse their Olympic fortunes. It’s true, the Red Army has been intimidating on paper for many years, but if the Alexander Ovechkins and Evgeni Malkins can’t win games, who can they count on? We might have forgotten about him in the NHL, but Ilya Kovalchuk is still a game changer (when he wants to be), with 30 points in 26 games in the KHL with league-leading St. Petersburg SKA. With Kovalchuk, Russia may be the favourite to upset the two North American teams.

USA: Tasting silver in 2010 was a bitter experience for the Americans even though they arrived in Vancouver as the underdogs. They failed to score the last goal four years ago, but that was not because of their forwards—it was because of their defence. Without Ryan Miller playing at top form there wouldn’t even be silver. But with Miller’s confidence crippled by a horrible Buffalo Sabres team, who can the US count on to stop the opposition? Why not Jack Johnson from the Columbus Blue Jackets? He had been sitting, waiting, wishing for a second chance at gold and this time with healthy experience on a defensively sound Blue Jacket team, he might just be the consistent blue liner to get the USA to the next level.

Sweden: The 2006 champions will not have an easy trip to the podium in 2014. Team Sweden will need both their veterans and youngsters to be at their best for the two-week tournament. Any stalled play will definitely go against their favour and may be impossible to recover. Look for the Colorado Avalanche’s captain Gabriel Landeskog to play a larger role on the international team after turning the Avalanche’s productivity around this year with an impressive 17-5-0 start to the NHL season.

Whether it’s blocking a shot or making a key pass in a tight situation, Olympic hockey is all about talented players doing the little things to win. These players may have smaller roles, but they are far from small players.