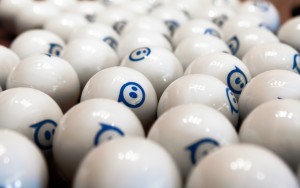 Formerly published in the Other Press. Nov. 2013

Usually when a new gadget, game, or technological advancement appears on a retail shelf, I’m rather apathetic. To me, it seems as though innovation is leapfrogging itself everyday; today iPhones are better, tomorrow Androids are better—what’s the point? But once in awhile a new tech-toy catches my attention and sparks my imagination. I’m talking about Sphero 2.0, developed by the Colorado-based company, Orbotix.

At a glance, there is nothing fancy about Sphero 2.0. It looks like a cue ball with an adorable logo on the top. But when I plug the charging dock into the power outlet and place the Sphero on it, suddenly it illuminates, transitioning to different colours. I’m intrigued. I follow the instructions, downloading the app, connecting it to Bluetooth, and then loading up the game. I set Sphero 2.0 on my kitchen floor—suddenly it’s the most responsive radio-controlled (RC) toy I’ve ever had, and I control it with my iPhone.

In the beginning it was difficult to pilot that little rolling orb. Sphero 2.0’s dynamic engine allows the ball to travel up to two metres per second. It came out of the box with two small ramps, but catching any sick airtime was almost impossible. The game also allowed me to upgrade, making it faster, easier to handle, and offering a greater spectrum of colours. I navigated it around my furniture, crashed it into walls, and frightened my dog for a bit. Now, at this point you must be thinking, “Surely you can’t be excited about a rolling, glowing ball.”

No, Sphero 2.0 does something a little more than your average RC car or helicopter: it utilizes the functionality of smartphones and creates a new interactive experience. Augmented reality has been around for some time now, but few gaming platforms have been able to incorporate it. Sphero 2.0 does a decent job at it. It currently has over 25 apps in its library, and with a lot of attention from programmers and designers, there will be many more to come.

One of Sphero 2.0’s most notable games is called The Rolling Dead, where the objective is that the user must maneuver Sphero against a zombie attack, while shooting fireballs to destroy them. And it’s all happening in your kitchen, your bedroom, or you backyard.

The ball is also shockproof and waterproof, so imagine taking Sphero 2.0 to the pool and having the glowing ball chase you in a game of Marco Polo.

Perhaps Sphero 2.0’s number one quality is its versatility. It can play the centre-piece in a party game or as a controller for tilt-based games. Pass the Sphero, another popular app in the collection, is a hot potato game that requires a group of players to toss the orb around until it vibrates, simulating an explosion, thus eliminating that player. Exile is a game where Sphero is a spaceship travelling through a war-torn galaxy. The user operates the spaceship by controlling Sphero like a steering wheel.

Like most games, Sphero 2.0 comes with a bit of a learning curve. It’s not a simple robot vacuum cleaner—it’s a toy. Although Orbotix realized the many demographics for their product, they aren’t trying to target a specific audience. Children love the interactive game play, parents and adults love the educational factors, and programmers and developers love the hack-ability of the device, enabling them to create more games.

At approximately $130, it’s hard to justify Sphero 2.0 as the Christmas gift of choice, but like investing in a big name console like PlayStation or Xbox, Sphero might just be mobile users’ console of choice in the not too distant future.