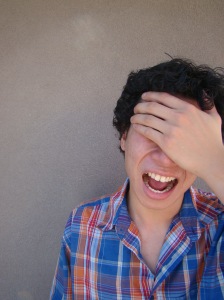 The rise and fall of the male perm
By Elliot Chan, Staff Writer

The decision to get a perm was not spontaneous. It wasn’t like I got drunk one night and woke up with curly hair. No, I discussed it with friends and family and contemplated it alone for hours. I was feeling adventurous. Changing my hairstyle was not like bungee jumping or public speaking, but it still took a lot of courage.

I remember approaching my long-time barber and inquiring about a perm. He looked at me with a smile. “No,” he said, “Men don’t get perms anymore.” That took me a little by surprise, but then I thought about my father. For most of my childhood, he had big curly hair. I’ll even go ahead and call it an afro. It was not natural; Chinese men like my dad usually have straight thin hair. I still remember sitting in the barbershop watching him with curlers on his head. He looked like my grandma, but I didn’t think much more about it. Then one day he cut his hair short and slicked it back with gel. I never saw him with a perm again. My father was far from a pioneer, but I thought I could surely bring the fashion back.

The barber gave a humourous yet disgruntled sigh and sat me down, gave my seat three quick pumps to find the perfect working level, and got to it. Six customers crept into the shop during the course of my transformation. The barber greeted them and gave an estimated time of finishing my do. Some waited patiently, while others left. All the while, I sat there staring at myself in the mirror and glancing over at the small audience. They were looking at their phones or reading magazines, but I could feel them quietly snickering at me. What have I done? I thought to myself. But it was too late — the curlers were in.

I really liked the way my hair turned out. Sure, it took a while to get used to, but I didn’t look half bad. For once in my life, my ethnicity was ambiguous. Being used to a life with a label like “Chan,” I didn’t mind people assuming I was Filipino, Korean, and even Mexican for a while. My perm was a pleasant departure from the norm. I embraced it, despite the occasional mockery and self-consciousness.

It took four months for my hair to grow out of the curls. Before I knew it, I was myself again, or someone who resembled the person I once was. I combed my fingers through my flat hair; it just wasn’t the same. I thought about trying it again and even suggested it to others, saying things like, “If you do it, I’ll do it.” But the days of male perms are gone, like cassette tapes and floppy disks.

Men today would rather take a more masculine approach to hairstyles: bangs, fohawks, or words shaved into their undercut. That is the current trend, and most people feel that it’s easier just to follow the pack.

Sometimes hair can feel like a nuisance, but it shouldn’t be. Hair should be a canvas for our own personal exploration and how others perceive us. Blonde to brunette, ponytail to cornrows, long bangs to bald—why not? There are so many things in life that are permanent, and hair isn’t one of them. So take a chance and be adventurous.